We are getting more and more familiar with Chatbots, as a consequence of the recent attempts of integrating chatbots into popular social media applications. Although those attempts seem promising as they enable payment and provide a moderate quality of customer service, the expectations of the website users are not satisfied yet. Users have raised their criticisms mostly on chatbots "not being interacting like a human".

Sometimes, it is quite useful to take a look at the history to understand how we came to the point of payment receiving chatbots (integrated into the social media applications) and the main incentives to create chatbots.

ELIZA has been programmed in 1964 by Joseph Weizenbaum, as an emulator of a psychotherapist. It basically mimics the responses of the individual, interacting with the computer. Most of the time, ELIZA follows a passive strategy by asking a question. ELIZA's conversation strategy has been seen as friendly since it forces users to talk about themselves by asking questions. Although ELIZA had been programmed as an attempt of creating the illusion of human-human interaction, it fails since it has limited capacity to engage in a real conversation.

A typical conversation in ELIZA is like the following [1]:

There is even a Python implementation of ELIZA, enables you to play around with it. In the Wikipedia page of ELIZA, you can find implementations in different programming languages. 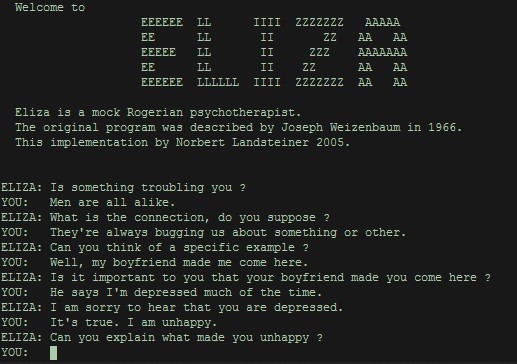 In 1972, PARRY was programmed to be used as a helper psychotherapist as well. However this time, the creators followed a different strategy in comparison to ELIZA. They aimed to make the patients reflect on their "anxiety, fear" kind of feelings. To do that PARRY talks about her own anxiety while having the conversation, rather than having a passive tone of voice as ELIZA does [2].

In the year 1984, The Policeman's Beard has been published. This was the first book that is written by a computer program. This program is called as RACTER [3]. Although this book is not an interactive chatbot, it is a pioneering work for the human-computer interaction. You can take a look at the book by following this link. 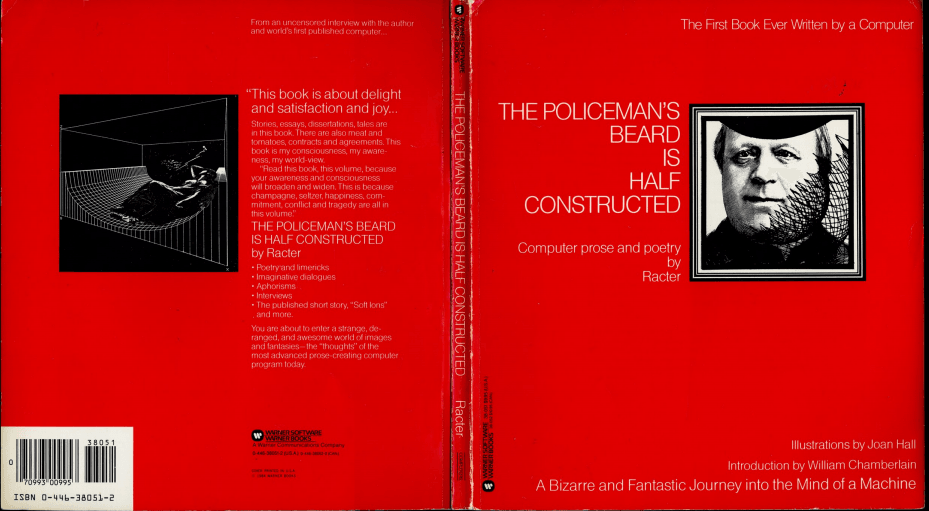 These early-stage chatbots, experimented in the years bbetween 1960 and 1980, were programmed basically by the rule-based (IF-THEN-ELSE) or pattern-based (pattern matching) algorithms. Therefore, those works could be considered as creative but primitive. After a while, when the instant messaging applications (IM) became popular in the 1990s, the experiments with the chatbots accelerated.

[3] Weizenbaum, Joseph. 1966. “ELIZA—a Computer Program for the Study of Natural Language Communication Between Man and Machine.” Communications of the ACM 9 (1). ACM: 36–45.